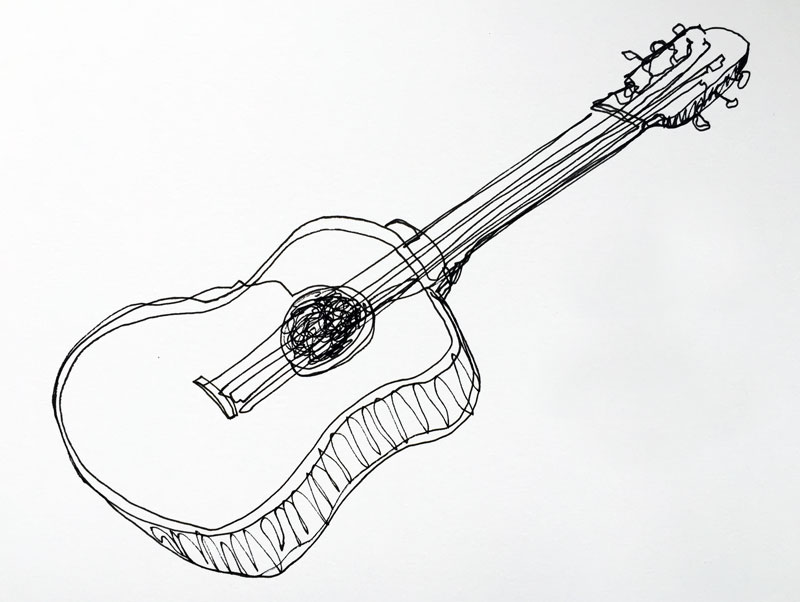 With everything about your guitar playing nicely, checking the intonation is next. If your instrument has been fretted properly, you may notice a slight increase in sharpness of each note as you ascend the fretboard. That is because as strings are depressed on the fingerboard, the various thicknesses of the strings will affect the downward distance the string travels before hitting the fingered fret. So, each string’s resulting length is partially dependent on that distance. Saddle compensation helps normalize effective string length. It’s not a perfect solution, but intonation is improved noticeably. This thickness/downward distance interplay challenge is best solved by having a compensated saddle length where the bass side of the saddle is moved back in relation to the other (treble side). You may notice that your saddle sits at an angle and that is because the bass side scale is extended relative to the treble.

The first time I adjusted a guitar’s action, I felt like I had added $400 to its value. The difference was remarkable. I felt like a magician. But, guess what? It ain’t rocket surgery, as my friend Nichols used to say. Simply follow the sequence of steps I describe in this article and you’ll be able to feel the same thing I did when the owner played that guitar whose action I had just adjusted, her mouth open wide and eyes even farther. “It’s like a whole new guitar;” the best words any fledgling luthier could ever hear.

Bring your guitar to me if you need it to play well again but you don’t have the time to do it yourself. This process can take some time to develop. A year or so after I began researching the process and doing that first setup, I can go back and see my initial work with a fondness of those early days and excitement around learning this stuff. I was able to tweak those 1st instruments I worked on to make them better. Don’t expect perfection the 1st go! Best of luck!