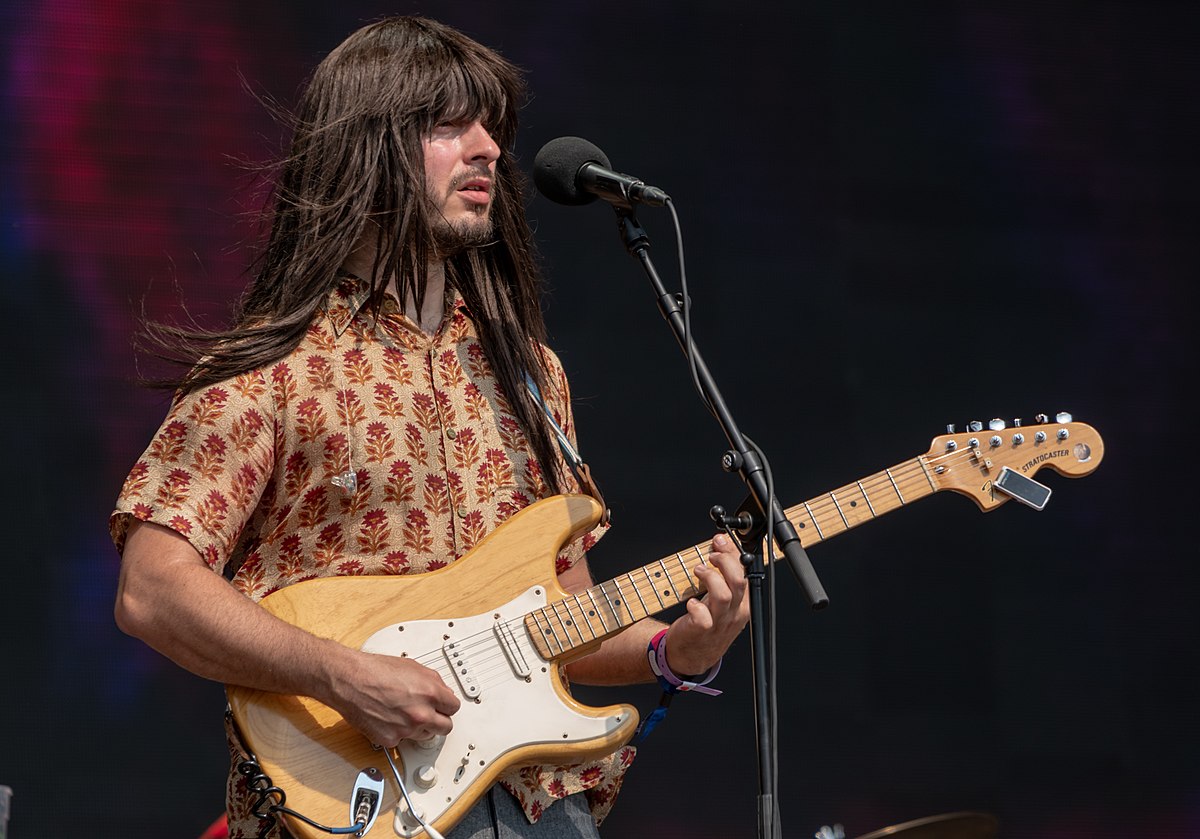 The guitarist of Khruangbin is too humble for the accolades I’m about to give him. Sorry, dude.

Mark Speer of Khruangbin is the best guitarist you’ve never heard of.! He is a musical magician living and playing in our own time. He has a sound and style all his own. No guitarist in the world is doing what he is doing. There are surely some incorporating multiple styles of playing into their overall sound. But, not like this guy! Is there a guitarist you know who incorporates Vietnamese opera vocal stylings or Ethiopian folk instrument technique into their sound. No, you don’t because there is nobody.

If you surf the Tube at all discovering new music, you will have undoubtedly come across at least one Khruangbin thumbnail, even if it flew under the radar of your fleeting attention. If you haven’t, trust me when I proclaim that someone in your circle has. These guys are simply one of the best bands in the world right now. Oh, so you’ve heard of them? What’s the guitarists’ name? Hmm?

Hart’s Guitars hereby announces its first annual Unheard of, Uncanny, Unearthly Guitarist of the year award! The winner is Mark Speer of Khruangbin. I make custom out of the ordinary nylon string guitars. But maybe some day soon I will get into building electric guitars. If I do, I will most certainly, as a matter of first order, design and make a custom Mark Speer tribute model from my premium collection of Brazilian Rosewood (and maybe a little birdseye maple).

If you’ve somehow never heard of Khruangbin, you have a treasure trove of discovery awaiting you! That’s not just for guitarists, mind you. The music they create is a pastiche of so much that is good in music. Musical traditions from around the globe come out in their sound. Mark Speer on guitar, Laura Lee on bass, and DJ Johnson on drums are Khruangbin.

How can one describe Mark Speer’s guitar playing style? At times, there’s a hint of disco guitar drenched with soupy wet pentatonic goodness. But in a flash, it will dry up a bit into an ethereal jazzy chord melody accompaniment for their sparse yet perfect vocals. The thing about this band is that they never try to do too much.

They have finesse. Their sound conjures up so many different musical styles without ever going completely into any particular one. They make it seem so effortless, as if they were born to do exactly what they do. Like an autonomic process requiring no thought, Khruangbin seems to stir their melodious melting pot as easily as the rest of us breathe.

I was first drawn to Khruangbin when I would often feel the African guitar influence in Mark Speer’s style. There is not simply one African guitar style by any means. But, the first time I began listening to African music, such as Ali Farka Toure or Fela Kuti, I heard the distinct approach to a guitar’s role and function in the wider context of a band. But I also heard other things in Khruangbin’s sound I did not recognize. Let’s take a quick peek at some of the musicians and world music traditions which Mark Speer brings to Khruangbin’s sound.

At times, Mark Speer recreates sounds he finds in folkloric music you’ll never hear in your lifetime without actively searching for it. One of those is vọng cổ. I personally had a high opinion of my own world music knowledge and tastes. Mark Speer has introduced me to so many new sounds. The guitar of the vọng cổ style has very deep scalloped frets, enabling the musician to bend the notes, creating a sound that would otherwise require a tremolo for any musician to even approximate.

African guitar players are the world’s best guitarists. Period. Go ahead, say something! You don’t want to fight me on this, brah. I could never be a journalist because when I really love something I cannot be objective. This IS an opinion piece, remind you. But seriously, if you have not explored African music, there is another treasure trove awaiting you. One of my favs is Orchestre Baobab. Make a Pandora station based on them and let your mind be blown by all the related bands you’ll hear and all the guitar playing will leave you dumbstruck. This guy, Franco Luambo, is no exception and a big influence named by Mark Speer.

The krar: an Ethiopan musical instrument

How I cheated to write this article….

There’s a great Youtube video in which the cool cats of Khruangbin describe their musical influences. I watched it at least three times. Because I love this band so much, I thought it would be cool to give a bit of elaboration on some of the influences Mark Speer mentions. I’d be simply a thief to not point the reader to this video because it’s where I got all my pertinent information. They speak to their music much more eloquently than I ever could. Here you go, kids! Drink it in.

Guitarists who give me goosebumps

Mark Speer’s guitar has given me goosebumps more than once. Back in the day…….the first musician who seriously put a spell on me was The Edge. He made colossal soundscapes on U2’s amazing Live Under A Blood Red Sky. It’s still my favourite live album…. of all time! It affected my musical taste and playing style for life. It was the cassette tape soundtrack of my 1971 sky blue Volkswagen Bug all through high school, my 1970 4-speed Camaro in Freshman year of college, in my beautiful FIAT Spyder convertible the rest of the way through college, and in my old, rustic, cool Dodge Dart in grad school. I went through so many changes, became a new person and morphed into new political, intellectual, and social identities. But I never outgrew Live Under A Blood Red Sky.

It never failed to give me goosebumps. As soon as I could afford it with my new fellowship stipend, I got an effects pedal with chorus, distortion, and (most importantly) delay to create my own sound. Much like what Mark Speer does now, I added a dash of everything else I’d heard that grabbed me by the soul: Jimi Hendrix and Robert Smith (The Cure) most notably but among many others.

Khruangbin’s music has some serious staying power. There’s nothing cliché or gimmicky about them and I can see how their entire discography will have a long shelf-life. In fact, there will be a whole generation of guitarists that points back to this guy, Mark Speer, as the one musician who put a spell on them, who had the biggest influence on their sound, and who encouraged them to explore world music. It’s been a long time since I had a genuine guitar hero, one that captured my imagination the way Mark Speer does. Thanks, man! Let me make a guitar for you some day!?!

Public school teacher dropout turned luthier and artist. I want to make guitars I’ve never seen or heard anywhere, ever before, for the curator of the uncommon! I could never find my dream guitar, so I decided to make it and now I want to make yours.

Who is Mark Speer?!

Some previous articles from Hart’s Guitars

The best guitar strings for you and your instrument.

Wade Lowe, Atlanta luthier, was an inspiration for many wanting to learn the art.

Join the waiting list to have your own custom nylon string guitar built by me!*

Prices start at $3500 and vary depending on wood selection.*

*Currently a 4-month waiting period for your guitar’s delivery.

I can make your guitar at standard scale or shorter for smaller hands/easier playability.

Soundboards: European Spruce, Western Red Cedar both dried for minimum 50 years. Mahogany! (We’ve made many Mahogany top guitars and Love-Love-Love them! They have a deeper, punchy low end, mellow sound. Great for finding an unheard of sound in the studio).

2 thoughts on “Mark Speer of Khruangbin: the best guitarist you’ve never heard of.”