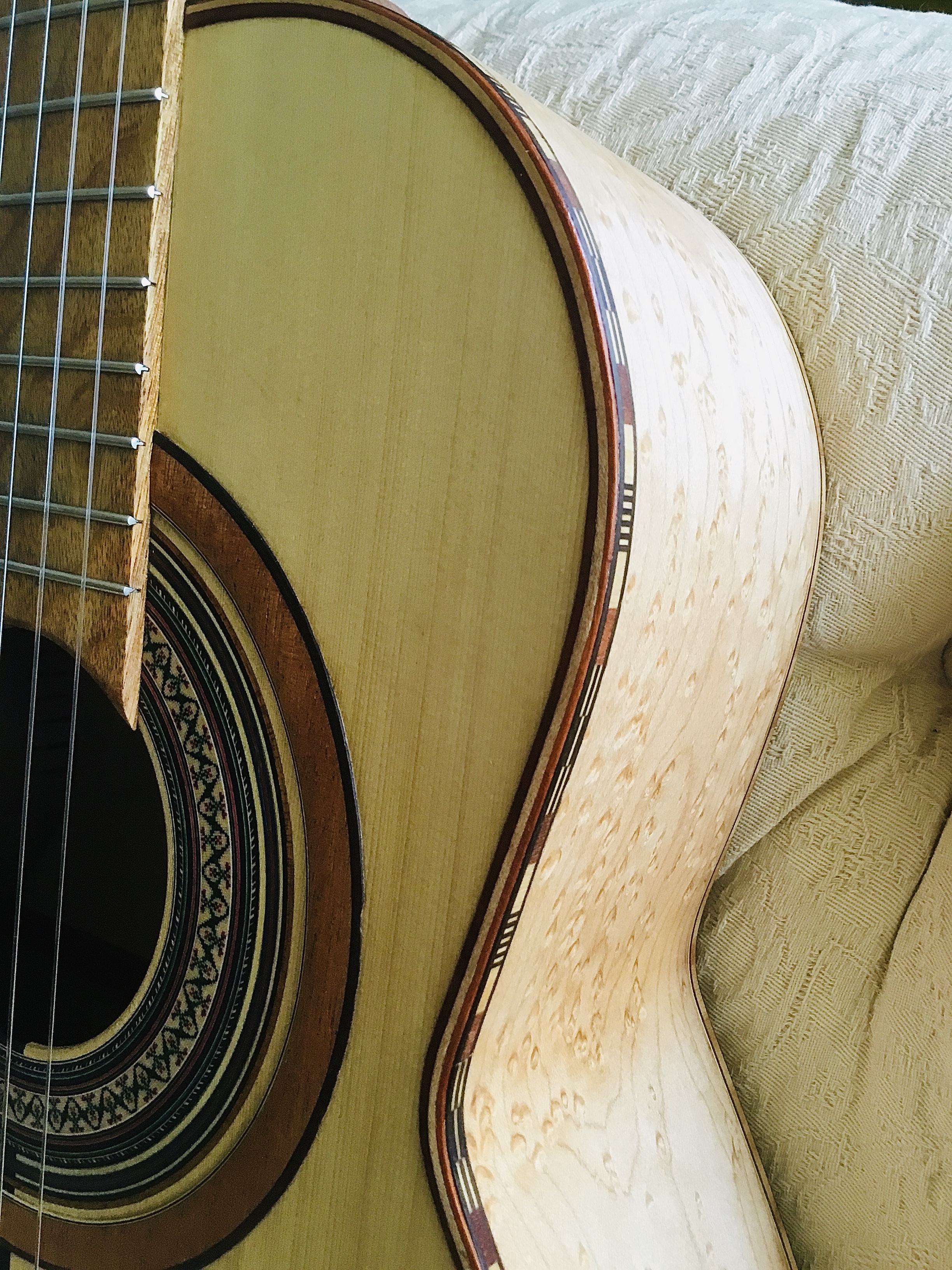 I began this making this guitar alongside a student building his in February. Then a pandemic came. We focused on finishing his. To say the least, it has been a very strange gap between my last post and what I have to share today, which is a small gigantic milestone. I want to celebrate the fact that I’ve made 10 guitars.

But, aside from this being a trivial matter considering the moment we find ourselves in, there just really isn’t any reason why the number ten should be any more meaningful than 9. In fact, in some regards, the number 9 is a sacred number (in the Bible and also in other major religious texts and traditions). But, I digress. Let’s get to the pics, shall we.

Hart’s Guitars Ltd Co is back in full swing. Don from Brunswick is coming next week to stay here at The Bamboozle and build a guitar using plans based on an 1864 model of Antonio de Torres, an unrivaled and revolutionary figure in the world of 19th century classical guitar luthiers.

When I get a new set of plans…I trace all the parts, transfer the trace paper to the pieces of wood, cut and sand to shape.

Then I need to make a monstrosity of a jig to bend the sides.

The guitar is from a set of plans for an 1867 Francisco Gonzalez and he had a much more flamboyant rosette and binding style than most guitars we see today. My intent to make this one in his style really got off to a slow, then ugly start. I almost threw the soundboard away.

A while back I asked people to vote for the fingerboard to be used. It was a very contested result, split down the middle between choices B and D. So, I threw the results out the window and went with the canary wood, E.

This has been a fun one to play and it sounds really distinct. I’m still letting it “settle in” which is a phenomenon that takes place over a few weeks and longer wherein the instrument plays and sounds a little better with every passing day as you make micro adjustments. It will be available for sale with all of the others, except 001 of course, in the coming days on a newly designed store page, with prices and photo montage videos with audio of the instrument being played.

This instrument sounds amazing. I am ready to sell it with no hesitation for $1795. This is quite a bargain for anyone who knows what hand-crafted guitars go for usually or have seen websites that sell independent-luthier handcrafted classicals. I will personally deliver within a 2 hr radius of Atlanta, GA for gas money and lunch. Honestly, I hate the thought of my instrument sitting in a place where it’s not cherished. If you have buyer’s remorse, there’s a no questions asked 30-day 100% money back guarantee. After that, a lifetime guarantee on anything other than normal wear and tear.